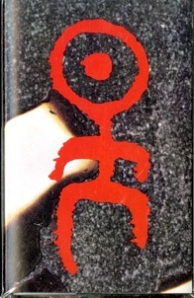 So, here’s an idea. I’m thinking about naming each blog entry after a much talked-about indie band, thereby driving additional traffic to my blog. I mean, it’s highly doubtful anyone’s gonna buy anything once they’re here, but ya never know. At the least, it’ll make me feel much better when I actually look at how many people actually checked in here on a daily basis. Or any day really.

Got a bit bored over the weekend and decided to pull out some cassettes, which I just uplaoded to Musicstack. I’m guessing about a third of them are sealed, while the remainder were barely played. I was never a tape guy. I mean, if you don’t count those couple of years in high school in which I had an eight-track player in my very red Ford Pinto (and I soooo wish I was joking about this). My favorite thing about eight-tracks? When one song faded out on, say, program one and then gradually came back in on program two. Now, not being a prog guy, it was never a huge problem for me, but it did tend to mess with the occasional Pink Floyd or Allman Brothers tune.

But yeah, never a big cassette guy. Unless, of course, that was the only way the music was available. Or it was a demo or a boot or whatever. But never was a big boot guy either. As a result, I think I only have maybe 100 cassettes. And again, I just posted around 15 or so to Musicstack. Several of those tapes were from the mighty ROIR International, which started out as a cassette-only imprint and released a lot of dub, experimental and american indie/punk stuff. If you need a sealed tape of a live 1986 UK Subs show in Holland (and who doesn’t) or a sealed copy of Einsturzende Neubaten’s “2×4” (truly one of the band’s better efforts), I can help.

And then there are just some oddities – an Echo & The Bunnymen Peel Sessions cassette (featuring Echo, the band’s drum machine at the time), the first Winter cassette, a stellar example of early doom, and a great David Sylvian ambient cassette release (numbered even!), Alchemy-An Index Of Possibilities, that featured Jon Hassell and Holger Czukay. Oh, and a very early Spacemen 3 title. You won’t even notice the hiss over the drone.

You can find these and several more by going here and searching on cassettes…http://graypunk.musicstack.com