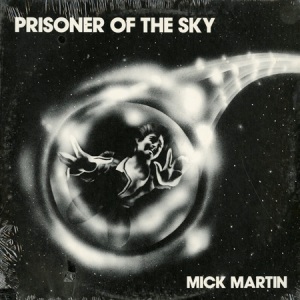 Mick Martin is a local legend in these parts. He’s been performing in the Sacramento Valley, and beyond, for some 40 years now, many of those years fronting the Blues Rockers (it’s the band’s 25th Anniversary this year). And he’s been hosting a local blues show for over 20 years now, starting at legendary free-form rock station KZAP in the late 80’s to now, where you can hear him for four hours every Saturday afternoon on Capital Public Radio, delivering a passionate and informed mix of old-school classic blues and English rock bands that co-opted old-school classic blues. (Dude loves him some Stones)

Having moved here in 1997, I have to honestly say I only know him as a radio host. I mean, I am well aware of the guys legacy here – he’s probably been at, near or around every major musical event that went down in Sacramento in the 60’s and 70’s. I also recently discovered (thank you, Google!) that he worked with Russ Solomon way back in the day at the original Tower store at 16th & Broadway. I did not know that.

So, last week I ran across a sealed copy of a Martin record from, I believe 1979. But hey, I nicked that from an old eBay listing, so I wouldn’t swear that is the case. In fact, I can’t attest to much about this record. “Prisoner In The Sky” is a private press recording, released on Round Mound Of Sound. And 1979 sounds about right as Martin was a member of another local band – Orion Express – that released one album on the same local imprint in 1975. And that group broke up in 1977. And I believe that this record was the second release on Round Mound Of Sound (and maybe the last?).

“Prisoner In The Sky” was recorded in Sacramento, produced by Martin and David Houston (another local legend, who also engineered and mixed the record). The record remains ensconced in its original factory seal. The passing 23 years have taken a slight toll on the jacket, with the mouth corners both displaying tiny creases and a bit of rubbing while the bottom spine corner is a twee gnarly about 1″ in from the corner (dent, crease and seam wear). That said, no splits or other major nastiness. And again, it’s sealed.

Musically, all I can say with any assuredness is that it’s gonna be straight up blues rock. While this album rarely comes up for auction on eBay (or anywhere else, for that matter), every time it does come up for sale, there is a notation about a reportedly “killer drum break” during the medley of “Bo Diddley/You Can’t Judge A Book By Its Cover.” Whether there truly is a “killer drum break” can only be spoken to by those who have heard it. But hey, if it helps sell a record, then of course there’s a killer drum break. I heard it from a guy who heard it from a guy who originally saw it posted in an eBay listing years ago…and the legend lives on. $60.