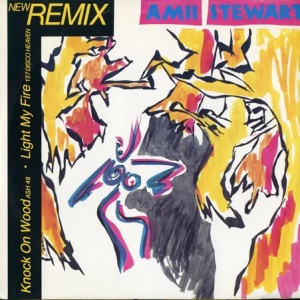 Hehe. Totally forgot I had this laying around. Happened across it in my current full-on effort to address the stuff that’s been sitting here forever as I continue to procrastinate on deciding their individual fates. As one might expect, my vinyl tired of my continued promises and unionized, and now are collectively putting pressure on me to make it happen. Okay, got it. Mrs. Graypunk is outta town this weekend and I’ve set aside a little *me* time for the vinyl. Satisfied?

Anyway, used to really love this song when I was in high school. (It will be hard for most to even age me by that statement as why would anyone under, say, 45, even know this version?). You see, alongside trashy hard rock and the-then emerging punk/new wave scenes, I’ve always liked dance music. That said, I do not dance. At all. Whatsoever. I’ve always just liked the *sound* of a lot dace music. And I’d probably lay the blame on the Giorgio Moroder’s mixing console. Big, big fan of those early Donna Summer records.

Those Arthur Baker-produced New Order singles? Love ’em. I bought Madonna singles because I wanted to hear the Jellybean or Pettibone remix. Even got into those Patrick Cowley-produced high-energy tracks cut for Megatone. (Dude, they sounded amazing) Yeah, I know. Crazy. Yep, Moroder and more or less disco in general. I mean, there was a truly huge amount of bad disco, but the good stuff, the stuff that you would never hear on the radio, was really, really good. Tom Moulton. Francis Kevorkian. Todd Terry. Yeah, love that stuff, man.

This cover of ‘Knock On Wood” was a #1 single. And also received huge rotation at the high school dances in my senior year. Again, I will stress that I do not dance. And dancing in my senior year may have happened, but if it did I’ve blacked it out (and hopefully anyone who *may* have witnessed this has done the same). Loved that song because it just, yeah, sounded great, and that massive descending drum refrain just made that track. And hey, it was my introduction to a great song. True. Never knew the original until much later (tho before 1985, which is when this version was released in the UK and was, again, a hit). Oh, and for the record, can’t really support the Doors cover on the flip.

NO sales pitch. I think this single, as my wife has already told me on more than one occasion, is totally worthless.