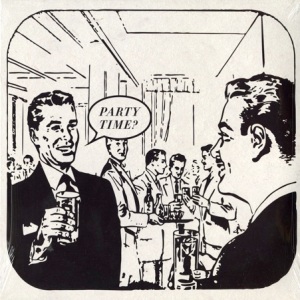 So, the Black Friday Record Store Day thing felt kinda underwhelming. Just didn’t have the same verve as Record Store day did earlier this year. And not that it was intended to, really. But it just felt a little flat. At least for me, didn’t seem that there was anything all that exciting this time around. That is, except for the Brendan Benson 12″ that I couldn’t find anywhere here. And honestly, the only thing I truly wanted for myself. Check that, I did pick up the Nick Lowe 7″ that features two previously unreleased covers. (I know…I’m old) But I gotta chase down that Brendan 12″, with covers of Bowie, Elvis Costello, Kinks and Randy Newman. Dude has some killer taste in tunes. But if you’re a fan, you probably suspected that.

A couple of the more interesting Black Friday items were Phish pieces, both of which seemed to have been issued in some pretty small runs. Well, small for Phish, that is. But both were comprised of previously released material, rendering neither truly essential. The double-abum “Party Time” was originally included in the band’s 2009 “Joy Box”, and then was initially made available on vinyl at this past summer’s Superball IX Phish fest. I believe the record store day copies came from this same run. Two discs in a single pocket jacket.

And then we have the vinyl release of the legendary 1986 “White Tape”, which was also initially released at Superball IX. The release contains a bunch of pre-Elektra four-track demos that the band used to shop for both gigs and a label deal. This has since been released on compact disc and made available for download, but I believe this is the first time it has been issued on vinyl, and in this specific case, on 180gm white vinyl.

Both are $50 and can be found at the usual graypunk outlets – Discogs, Musicstack and Gemm. No eBay for these two. At least, not yet.