I receive email updates from a slew of retailers, all based on either personal interest or sussing out potential “opportunities.” Earlier this year, those two avenues intersected when an email rolled in from the folks at Permanent Records (stores in Chicago & LA). It was an alert touting original new old stock was once again available from Clone Records, a tiny late 70’s/early 80’s indie label based in Akron, Ohio. Mostly 7″ singles. Couple LP’s. Not reissues, not boots. OG pressings.

Yes, I understand there are already questions. What is “new old” stock? What the f@#k is Clone Records? Where is Akron, Ohio? All legitimate inquiries, I suppose. I mean, I assume by now everyone in the states knows where Ohio is located, if not individual cities inside of that state. In regards to new old stock, you will occasionally trip across that reference is various selling listings and generally refers to an original pressing that’s been idly sitting in a store or warehouse somewhere, likely for years, before being uncovered and retailed (I personally enjoy the slight surreality of flipping across a record in a store that you just know has been sitting there since, say, 1986).

As for Clone Records, there is probably no real reason you would be aware of the label unless you were either living in the midwest at that time, or were you were simply dialed into what was a very exciting time musically in America, with great regional scenes popping up all over the states. And one of those scenes, believe it or not, was Akron. Home to Chrissie Hynde. And Devo. And not far at all from Cleveland, where Pere Ubu and the Dead Boys were doing their respective things during the same time. So yeah, a pretty fertile and fairly out-there bubble of genre-pushing artists.

Also part of that scene were the Bizarros. One of those bands that had the dubious distinction of being extremely influential to the scene and the sounds, but not the recipient of more tangible touchstones like, for instance, sales. In fact, the Bizarros were the first Akron band in that scene signed to a major. Well, a subsidiary imprint of Mercury, Blank Records. Blank was initially created by Cliff Burnstein (who later went on to be a principal in the might management firm, Q Prime) to sign Pere Ubu. If I’m not mistaken, also issued some Yello Records as well, no? So yeah, lots of cool shit that never sold.

Anyhoo, Bizarros sadly got sucked into one of those label cock-ups that are never favorable to the artist, and a couple of years went by between the time the band finished recording what was to be their Blank debut and the actual release of the album, which eventually came out on Mercury. Two years later, Bizzaros and Clone mainman Nick Nicholis shut it all down. The Bizarros broke up and Clone Records, which had only released a dozen or so records by that time, folded. That was 1981.

More than 30 years later, Permanent Records owner Lance Barresi hears from a former customer that Square Records in Akron is selling original copies of old Clone stock. Nicholis, still living in Akron, was selling off old stock that had been living in his mom’s basement for three decades – copy by copy. Baressi tracks down Nicholis, a deal is struck and suddenly Permanent becomes the almost-exclusive seller of Clone ‘s back catalog.

Much of it is gone, though there are still titles to be found on the store’s website, and I’ll link to that in a minute. The Bizzaros singles are indeed history, as are a couple of other titles I purchased from Permanent at the time. And as of right now, those 7″ singles are now available via my Musicstack and Gemm stores, as well as Discogs, and are detailed below… 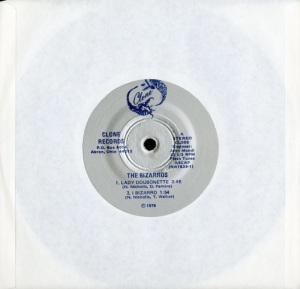 Ground zero for Clone Records. Literally, as the catalog number is CL 000. Actually a 1978 re-release of the band’s four-track debut 7″, previously issued two years earlier on the even smaller Gorilla Records. Side one – “Lady Doubonette”, “I Bizzaro”; Side two – “Without Reason” and “Nova.” Spins at 33 & 1/3 revolutions. Generic white sleeve. Semi-angular rock, Gang Of Four and early Alice Cooper come to mind. $20. 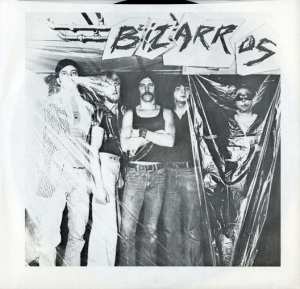 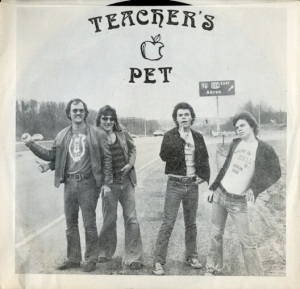 CL 008. Pretty dang rare slice of power pop, though likely not as rare as the red wax, red-sleeved version that was limited to 200. More or (likely) less. While these are reportedly all new old stock, this looks to be lightly played. Or just a not great pressing. Either would be unsurprising. 45rpm in a picture sleeve, big center hole. $30. 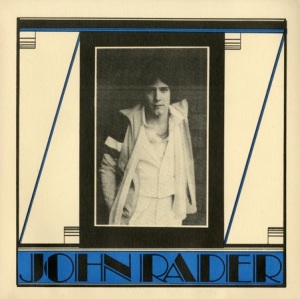 CL 009. Methinks this must be the rarest of all the Clone stuff. And probably my favorite. Wimpy lo-fi bedroom pop (in a good way!), musically backed by the Bizarros. A seriously tough one to find out there, especially in this kinda condition. Beautiful. 45rpm in a picture sleeve, big center hole. $30. 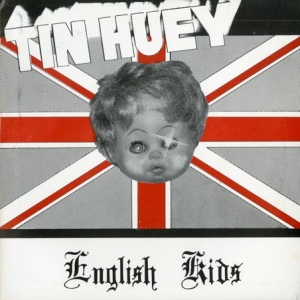 CL 012. Another Akron band that was swept up by a major and released one record, “Contents Dislodged During Shipment”, that now lives on in perpetuity in $1 bins across this land. Not a bad record at all. Tin Huey also featured the horn-blowing of one Ralph Carney, who went on to release a number of solo albums and carved out a nice little life as a regular sideman to Tom Waits. This 1980 single was released after that major label debacle and is way poppy. And way good. 45rpm in a picture sleeve (corner bumps and light ring-wear), big center hole. $10.

Okay, kids, that’s it for Clone. But if you care to know more, here’s some links to help you in your quest for arcane knowledge…

Here is an April piece in the Chicago Reader regarding the Permanent/Clone story, including an interview with Baressi…http://bit.ly/RDjdmE

If you you would like to listen to an interview Baressi conducted with Clone owner Nicholis, head here…http://bit.ly/U0ahKc

And if you would like to peep which Clone titles Permanent still has in stock, here you go…http://bit.ly/UDKHNm