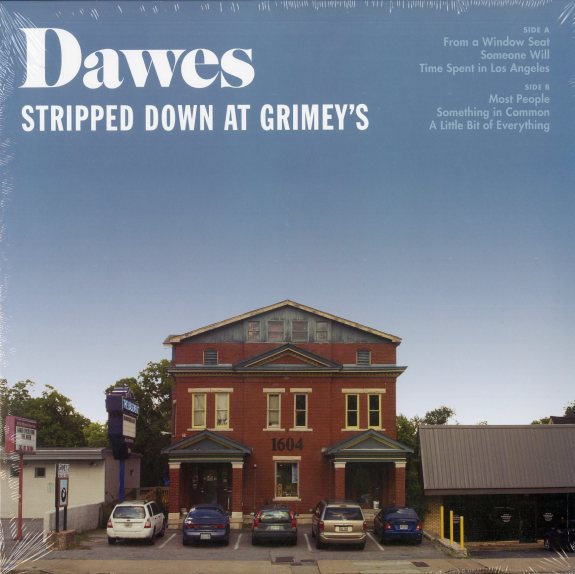 Another scarce Record Store Day title brought back into public life after several years of exile in the racks. Dawes’ literally titled “Stripped Down At Grimey’s” finds the band in the basement of one of America’s finest record establishments, knocking out acoustic versions of six rootsy Taylor Goldsmith-penned tracks.

Limited to 2000 copies that were pressed on translucent orange vinyl for the 2013 Black Friday edition of Record Store Day. Becoming kinda tricky to a track down a copy these days. Exceptional jacket, btw. $50, and found at the usual retail haunts – eBay and Discogs.