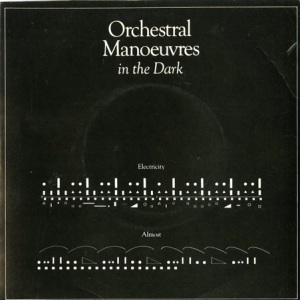 Welcome to the end of the working week. As the handful of you may have noticed, I’ve been a bit erratic with my original stated goal of daily updates. Whatever reason – a large desire to continue adding as many titles as possible to my inventory, a need to actually acquaint myself with the business side of the business (which is somewhat of a learning curve, at least by my initial Quickbooks experience), the enjoyment I get of actually going out and looking for new stuff (which is where I was this morning, bringing home a fairly tepid yield though I was pretty happy about picking up that sealed copy of “Canine Heart Sounds”! ) or, as is more likely the case, a complete lack of discipline. I must admit, it is hard to get me and discipline in the same room. I hate that guy.

So, a few things, if I may – just put up a couple of dozen new things for sale, and they run the gamut in regards to stylings – there were  couple of early R. Stevie Moore records, one of the pioneers in regards to lo-fi all-over-the-map outsider home recording (I’ve seen many folks dropping Ariel Pink references in regards to the sharing/extension of Moore’s aesthetic approach to his art), the first two records from Chicago-based indie power popsters Green (also quite lo-fi in nature…and quite good), and about fifteen Blue Note Reissues from France, all 80’s Cadre Rouge pressings featuring digitally remastered DMM pressings. There is no doubt some folks are put off my the “digital” aspect of the process, but there remains lots of fans out there for this particular series. All the jackets have gold promo stamps on the top right front corner and all the vinyl is either without any marks (NM) or with one to several inaudible wispy hairline scuffs; artists include Miles, Herbie Hancock, Kenny Dorham, Horace Silver, Donald Byrd,  MyCoy Tyner and, of course, other Blue Note faves. You can find them by clicking on the following link at searching by label for Blue Note – http://graypunk.musicstack.com/

I failed to make an earlier note on the passing of Don Kirshner. Depending on when you grew up, Kirshner meant different things to different people. I love him for playing a key role in the creation of “bubblegum pop” and I hate him for being the guy who signed Kansas. However, the most direct way he impacted my musical world growing up was really in name only, as I don’t believe he had a lot to do with bookings on his late-night television show – Don Kirshner’s Rock Concert. I would never miss that show and I will never forget one moment that had to be a WTF moment for lots of kids in mid-america at the time – Cars frontman Ric Ocasek introducing more or less all of America to…Suicide. Oh man, that was such a great moment in rock history. At least, in *my* rock history.

Okay, what next. I talked about myself, I hawked some records, I touched on 70’s rock (rock!). Hey, how about some art talk. I know, that’s not what you signed up for. But I read a piece in the New York Times yesterday about Jeff Koons’ attempt (or, at least, his lawyers attempt) to stake out some kind of copyright claim on the use of, ahem, balloon dogs. Yes, balloon dogs. Granted, Koons has used the image repeatedly in his art. But how an artist who appropriated the image in the first place can then make some kind of rights claim when a store tries to sell balloon dog bookends is absurd. Maybe the whole dust-up is some kind of public performance art piece from Koons? Man, I hope so. But I doubt it. If you care to read about contemporary art world silliness, head over here…http://www.nytimes.com/2011/01/20/arts/design/20suit.html?_r=1&scp=1&sq=balloon%20dogs&st=cse.

Oh, one more thing – did you know Orchestral Manoeuvres In The Dark were touring? Me neither. Did you know that they released a record last year? Me neither. Did you even know that they, like the Psychedelic Furs, were very, very cool bands before Pretty In Pink made them, ummm, not very cool bands. Okay, can’t really blame the movie as both bands made a very calculated move toward the pop mainstream and each, I suppose, got exactly what they wanted. But from 1985 on, they both more or less sucked. But again, haven’t heard the new one. Yet. Just downloaded. And while I am a very cynical guy when it comes to reunions, this is one I’m going to have to attend. Here’s hoping there’s more “She’s Leaving” and less “If You Leave.”

Have a great weekend, kevin